Bigg Boss 6, hosted by Salman Khan will hit the small screen on 7th October at Prime time. This proves it to be PARIVARIK and ALAG CHE because of parrot Radhe and fish O'Fish and common man living in house with celebs. 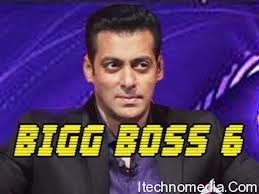 It has been a tradition to in cooperate at least one international celebrity to give it World Wide appeal. This season Kim Kardashian, a reality star is expected to be the part of Bigg Boss 6. Kim is known for her camera loving attitude that has made her private life public by being on camera 24x7 days.