Know Why Dharmendra is grateful to Salman Khan

As you all know the Bobby Comeback to Bollywood is all because of Salman.

"Race 3 is Salman's own production along with Tips Industries... Everything in Race 3 is decided by Salman including the two leading ladies Jacqueline Fernandez and Daisy Shah." 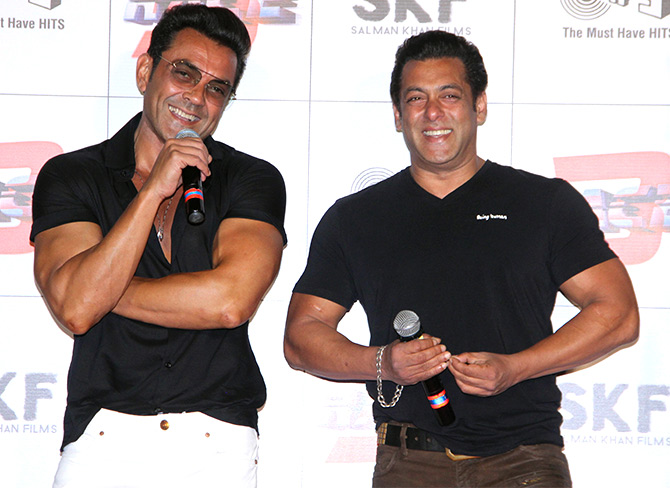 "When the role of the second lead actor in Race 3 was being considered," says the source, "it was Salman who suggested Bobby Deol's name."

This is what Dharmendra said on Salman and Race 3

"What Dharmendra and his elder son Sunny couldn't get Bobby to do, Salman has succeeded in making him do. If Bobby is back in shape it's all because of Salman. Dharamji can't stop being grateful," says the source.

Says Dharmendra, "I've always seen many of my traits in Salman. He is like a younger version of me. Salman has been very close to me and my family. Now when Bobby is working with him I feel very happy. It's like two of my three sons coming together."