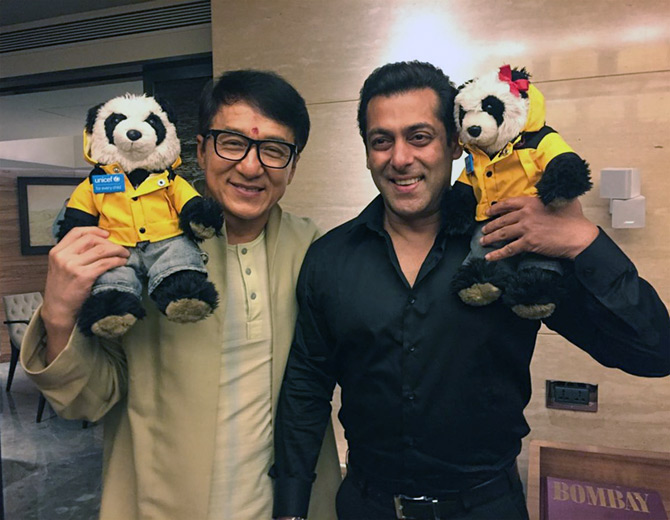 Jackie had read some stuff about Salman and was keen to meet him. I had also told Jackie about Dabangg and that Salman and I had done the film together. I also told him about Sultan.

Salman was shooting for Tubelight but he wrapped his shoot early to meet Jackie.

When they met, Salman said how difficult it was while shooting for Sultan. He said, 'My knees and elbows are still paining. How do you do all the stunts?'

Jackie replied, 'I love doing it.'